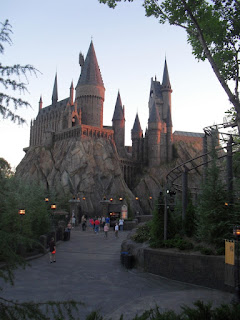 The fourth day already...starting of with APEX, Tales from the Trenches by Paul Dorsey. Paul presented the results from a number of interviews (via email) he did with APEX users. He picked the people that presented on APEX somewhere (like me) and asked everyone things like, what do you like about the tool, what not, what's easy, what's not etcetera. And he presented the results of all this with his own opinions on top of it. One remarkeble quote of Paul (so don't shoot me, I am just the messenger): "APEX has succeeded, ADF has failed". This based on the "facts" (as Paul sees it) that most ADF projects fail and almost all APEX projects are succesful. Apart from that: The APEX community is growing, while the ADF community stays on the same level - but that probably will change when Fusion Apps will take off. The bottom line of his talk was: there is something way better than all of this and that's my product "Formspider". But alas for Paul, his product fills in some disadvantages of APEX that nobody sees (or even bothers)...but Paul himself.
After this session, Scott Spendolini, David Peake and myself had a talk about it - and some enhancement requests for APEX 4.x. So I missed the session I originally had planned to attend.
Next I went to a session about Oracle VM. With Oracle VM you can run multiple different guests, containing different operating systems and/or database versions on the same hardware. Good for short term labs situations: Easy and quick to set up, run your tests and destroy the VM. The VM can be managed using Oracle Enterprise Manager. O, yeah, did I already mention it was free? It is not similar to something like VirtualBox, because when you use Oracle VM, that VM is the Operating System (and Windows or Unix is just a guest). Great for training, testing, patching, trying out new technology and products. As a result you can apply patches faster and more frequently in production, just because it is easier to test them..
Just before lunch there was a 30 minute session about Dynamic SQL in APEX. Usually only used for reporting. Tip: Use apex_application.debug(
Scott Spendolin presented on Security in APEX. I think I've seen it before, because it sounded all very familiar - but you can't here it often enoough! Scott talked about multiple security issues and several ways to protect you against it: Be aware that the danger comes from within... First, create a "shadow" schema with read only views on views owned by the actual "data" schema. All DML should be executed using procedure calls, so you have to change the processes in the pages (another solution is: create a regular view with instead of triggers that use the API calls). The framework for these calls can be generated automatically within APEX. Be sure to revoke all privileges from the shadow schema (maybe not at first, but certainly in production) - as a side effect you can't use supporting objects anymore, as the schema has no rights to install them. And add system level triggers to prevent dropping objects. Another tip is : Reduce data access using context settings in every query.
Back to back, Scott had another session about APEX Maturity. He walked us trough the whole history of APEX, from conception until where it is now. Interesting and especially entertaining.
The last timeslot was for my own presentation on building a Plugin for Google Visualizations. As I had noticed that the audience wasn't very mature yet, I had to change it a little on the fly - as only one person in the audience had ever used a plug-in, let alone build one! Afterwards I think I should have taken a complete different direction, by just showing them what a Plug-in can do for you - and skip the build stuff all together. But that's aftertalk. But they where amazed by the updateable Organizational Chart of course...sub-zero!
After all that, and some chilling down, Universal's Island of Adventures was at our disposal! So with no lines at all (instead of the regular 2, 3 + hour waiting lines), we could enter any attraction. And the most spectacular one, without any doubt, is the Harry Potter ride (check it out on YouTube). It's a sort of rollercoaster ride, with movie projection and a ghost house. Never seen something like that. Spiderman was also good (a little "lighter" than Potter), but a combination of a 3D movie and a rollercoaster like ride has it's effects...

Learco Brizzi said…
Nice to read your update!
9:14 am