How attending #Kscope13 can change your life ...

By Roel April 28, 2013
Wow. Doesn't that sound dramatic? It sure does. But in a weird way it also might come true - as I have experienced in the past.

The first Kscope conference I attended was five years ago. And purely by coincidence that was in New Orleans as well! That first year I met all the people I knew from the forums, blogs etc. I had never met one of them before in real life. But due to the relatively small size of the conference and the specific open "Kscope culture" (you can just step up to anyone and start talking!), getting in touch with whoever you like is quite easy. So contacting the "guru's"  - as I saw those people back then, I know better know; now they're all "just" friends - has never been easier!

And what did that bring me?

Thus without Kscope, I would have never 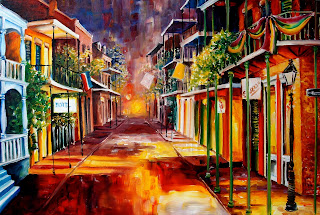 In short, attending Kscope did have an enormous effect on my business and personal life. And obviously for the better!

So if you have never attended a Kscope conference before (or if you have!), come to New Orleans and join us! But be aware it might change your life ....

By Roel February 07, 2021
If you run your APEX application - like a Form based on the EMP table - and test if you can change the value of Department to something else then the standard values of 10, 20, 30 or 40, you'll get a nice error message like this: But it isn't really nice, is it? So what do a lot of developers do? They create a validation (just) in order to show a nicer, better worded, error message like "This is not a valid department".  And what you then just did is writing code twice : Once in the database as a (foreign key) check constraint and once as a sql statement in your validation. And we all know : writing code twice is usually not a good idea - and executing the same query twice is not enhancing your performance! So how can we transform that ugly error message into something nice? By combining two APEX features: the Error Handling Function and the Text Messages! Start with copying the example of an Error Handling Function from the APEX documentation. Create this function
Post a Comment
Read more

By Roel February 05, 2018
If you created your own "updatable reports" or your custom version of tabular forms in Oracle Application Express, you'll end up with a query that looks similar to this one: then you disable the " Escape special characters " property and the result is an updatable multirecord form. That was easy, right? But now we need to process the changes in the Ename column when the form is submitted, but only if the checkbox is checked. All the columns are submitted as separated arrays, named apex_application.g_f0x - where the "x" is the value of the "p_idx" parameter you specified in the apex_item calls. So we have apex_application.g_f01, g_f02 and g_f03. But then you discover APEX has the oddity that the "checkbox" array only contains values for the checked rows. Thus if you just check "Jones", the length of g_f02 is 1 and it contains only the empno of Jones - while the other two arrays will contain all (14) rows. So for
Post a Comment
Read more