By Roel October 01, 2012
To me, one of the biggest announcements this week was not that Larry finally learnt how to use a clicker, but the disclosure of some of the new features of the next version of the Oracle Database. This version is also the "first real multi-tenant database". So what does this mean? 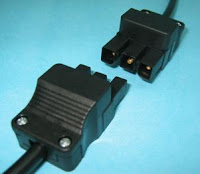 In the current version of the database the core Oracle data dictionary is mixed up with the tables, packages etc you created yourself. All information is stored in the same obj$, tab$ and source$ tables. In 12c there is an architectural separation between the core Oracle system and your own application. The core Oracle data dictionary is called the Container Database (CDB). The part of the database that contains your own code is called the Pluggable Database (PDB). This PDB also contains its own datadictionary with it own obj$, tab$ etc tables. So it is a sort of hierarchy: objects are first located in the PDB, when they're not found there, information from the CDB is retrieved.
The best thing is, you can plugin many PDB's into one CDB. And so creating a true separation of data and sources between two databases that are plugged in into one CDB. It is obvious that both the CDB and the PDB have a much smaller footprint than a database containing both. So upgrading the Oracle software will be done on the CDB only and will be much faster. Cloning a PDB - containing your application - can be done way faster because you don't need to clone all the core Oracle stuff
Implementation under the covers is done using transportable tablespaces with data and metadata. This architecture also implies there are different types of users: local users in a PDB and a common user in the CDB. A PDB can be administered by a privileged local user, the metadata about the PDBs are administered by the common user. And any privileged user can switch between PDBs. Every PDB has a default service with its name. Service names across the CDB hav to be unique within the CDB. And you can define database links between PDBs.
You can imagine that creating a new, empty, PDB is 1000 times faster than creating a whole new database...

From an APEX point of view this implies that you actually can run multiple versions of APEX in one database - as long as every APEX version runs in a separate PDB!

Martin Berger said…
Roel,
thank you for this first details.
Just a short question: from a CBDs view, is there only one obj$ which holds all the objects of itself and all the PDBs, or is there it's own obj$ and a set of different PDB1.obj$, PDB2.obj$, PDB3.obj$?

Roel said…
AFAIK the PDB has it's own set of (local) obj$ etc tables containing only the local stuff - and not the core Oracle ones (and certainly not the information of the other PDB's)
6:31 pm

Huber said…
I'm oracle dba, but i kown sql-server and i think this part feature is same to sql-server
5:34 pm

DanyC said…
Indeed Huber - MS SQL has this feature since 2k version and personally i'm still trying to understand how the tunning/ different oracle version will work with this new feature? Maybe there are good pros but a lot of cons as well.

@Roel - any view on the points i raised?

Roel said…
Using this feature you can easily transport applications (in one PDB) from one environment to another by "plug and play". Also upgrading is more simple. Once you have a 12.x.x CDB, you can plug in any older PDB and it's upgraded on the spot. And creating a "Database" (PDB in this case) is a matter of seconds....
11:56 am

DanyC said…
This are good pros for sure but i still don't see how will work from tunning side.

Say you have a live PDB and you have to investigate a performance issue,you "plug & play" into Dev CDB but

Roel said…
I am not sure, a I haven't got the chance to play with it, but I think tuning won't be much different. Statistics and plans are in the PDB, so you could clone a production PDB and plug it in elsewhere to investigate an issue (but the hardware may be different though). It looks like it will be easier than nowadays....
9:11 pm